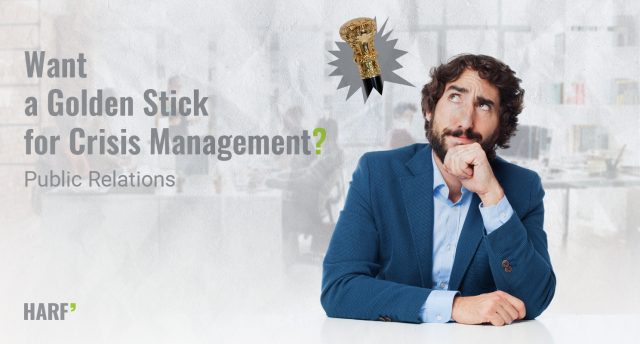 In the event that the company falls into a crisis, there are several steps that must be followed to reduce the size of the crisis. First, the company must inform its investors once the problem occurs to maintain honesty and credibility between the two parties. Second, it is important that the news of the crisis be shared in the media and provide all the evidence that puts the problem honestly in order to avoid Rumors that may be spread by competitors, spreading rumours has a significant negative impact on the reputation and position of the company because not developing a prior plan to solve these rumours will have worse consequences than the problem itself.

In some cases, the company will face unique crisis that required special treatment. Each crisis situation, on the other hand, is unique, necessitating a tailored reaction. There are six different sorts of reactions, ranging from defensive to adaptive. Companies might first go after the accused in an attempt to discredit the perpetrator. Second, firms might argue that there is no problem by denying it. The company’s third approach is rationalization, in which it asserts that no substantial injury happened or that the victim was to blame. Fourth, an organization might exploit popular adoration to gain public favor, such as by giving out discounts. Companies can then utilize corrective actions to rectify their errors. Finally, the business may issue a complete apology and request forgiveness for its error. In the past, all six replies have been utilized with variable outcomes. If you make the right decision, these ways might reduce the damage.

In March 2005, a woman bit into a finger while eating chilli at Wendy’s. This crisis could have damaged Wendy’s image, but the corporation responded properly. They shut down the location, threw out the chilli and had an investigation to discover the source of the finger. Wendy’s communicated with the public openly and honestly. As a result, very little damage was done to their image.